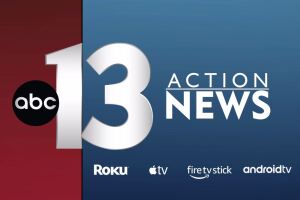 By: Nina Porciuncula/KTNV
LAS VEGAS (KTNV) — A local firefighter has been defying odds for decades.

Clark County Fire Capt. Robin Brown is one of the first amputees without a hand to be hired as a paramedic and firefighter in the country.

He’s no pirate, but Capt. Brown is also known as “Captain Hook.”

“There are not a lot of medics running around or firefighters with a hook.”

He lost his left hand in a farm accident when he was 3 years old. It never slowed him down.

“I grew up on a farm so physical labor, I’m used to that…”

He was hired as a first responder years before the Americans with Disabilities Act became law in 1990.

“I said, ‘I don’t need anything. I said I just I want to be graded fairly with everybody else. And tell me where there are. I’m good or not good based on what everybody else is.”

He climbed up the career ladder.

Then he met Laura Nowak Brown. “… There was something about he didn’t take himself too seriously. I admired obviously what he could do,” she says.

But after almost 40 years of service, Captain Brown is retiring with his true love up in Big Bear.

But they’ll continue to give back to the community.

“She actually came up with the idea. And it’s because I have a lot of left hand gloves lying around the house.”

They’re launching a nonprofit — One Hand One Glove connecting amputees.

“The idea is not to make money from the website the idea is to be able to use the proceeds to support other athletes, get them out, encourage them,” says Laura.

“Captain Hook” now has a partner in inspiring others like him who continue to defy odds.

Copyright 2020 Scripps Media, Inc. All rights reserved. This material may not be published, broadcast, rewritten, or redistributed.

Some of the links in the Blog/News section of this website are what are known as “Affiliate Links”.  This means that by clicking on that link I may receive a commission for the purchase of that product; the price that you would pay is the same regardless if you purchase via that link or not.